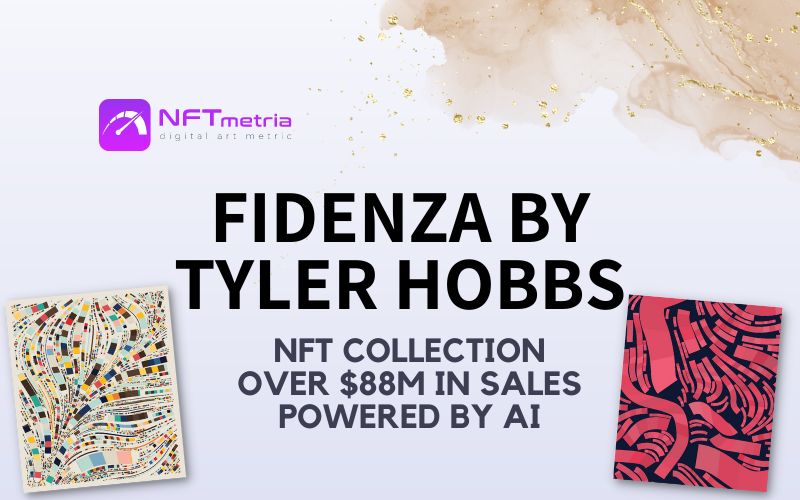 One of those who actively promotes and supports interaction with AI is Tyler Hobbs. He has been working on the algorithm for his paintings since 2016 and is still improving it. At the moment, the Fidenza project is one of the most profitable and famous in the field of digital art. For example, Fidenza #313 was sold on August 23, 2021 for 1,000 ETH, which at that time was about 3.3 million USD. And in total, secondary sales exceeded the figure of 55k ETH (more than $88 million at the current exchange rate).

FIDENZA is an NFT collection of 999 tokens by Tyler Hobbs. It was created under the influence of the work of the German impressionist Franz Clin, and was the name from the city of the same name in Italy.

The NFT collection is included in the curatorial section of the generative art of Art Blocks. The supervised projects are art blocks equivalent to visiting the Louvre or Museum of Modern Art. They extend the boundaries of generative art with their aesthetic beauty, conceptualization, technical quality and innovation. And the bright star is FIDENZA.

FIDENZA is my most universal generative algorithm to date. Although it is not too complicated, the main structures of the algorithm are very flexible, which provides sufficient diversity to obtain constantly amazing results. So, the artist himself responds about his famous collection

The uniqueness of the project lies in its generative nature. While most tokens were created as paintings, digitized and collected into collections, Fidenza was generated using computer code. The artist himself worked in the field of new aesthetics and worked on his algorithm for a long time. So, Tyler Hobbs decided to combine a machine algorithm with his knowledge of the arts (color science and shaping).

This can be seen throughout the NFT collection, because the algorithm is only engaged in the implementation of the concept of the artist, and he chose the colors and shape himself. At the same time, all the rectangles that are on 999 tokens of the collection never intersect with each other, even the smallest of them. We can say that the algorithm helped to realize the creative taste and skills of the artist and turn them into 999 paintings, unique, inimitable, stylish, competent from the point of view of academic art.

The NFT collection was presented on June 21, 2021 at Art Blocks, the largest generative art platform, but Tyler Hobbs started working on the project back in 2016. The process of working on the algorithms and the program itself took so much time. Yes, generative art is a laborious, painstaking and slow process. But the result of five years of work exceeded all possible expectations.

He confidently declares that it is his algorithm that is the most perfect to date. And this is important, because he pushed for the development of AI and generative art.

How was the Fidenza collection created?

The Fidenza NFT collection was created and minted at the Art Blocks generative art platform, which is the best of its kind today. But the service only implements the idea and technical base of the author. The artist himself developed his own code and used it to generate exactly the images that we see today.

My works are created exclusively with the help of programming. I do not draw by hand and do not use any kind of Photoshop or post-editing on any of my work. Creator Tyler Hobbs says

Tyler Hobbs called his Flow Field algorithm. This algorithm is the basis of the artist’s paintings. Despite everything, he returns to him again and again, when you need to create something original.

The algorithm works as follows:

There are both basic and additional colors. Here the artist himself sets the parameters of the palette, and distributes everything the algorithm.

In addition, the following parameters are laid in the algorithm:

There are paintings only with large or only with small figures on them. And there are those where the dimension goes mixed to achieve the necessary visual effect.

Why is Fidenza so popular and expensive?

The Fidenza NFT collection has gained such high popularity for a number of reasons that affect the value of the tokens. These factors influenced the current value, they will also affect the potential growth in the price of tokens over time:

Fidenza doesn’t have a roadmap as it was an artist solo project. A complete collection of 999 tokens that are actively traded and collected by wealthy collectors. It is precisely this limitation and lack of derivative collections that makes this collection exclusive, and the ownership of these NFTs increases social status, shows taste, understanding of trends and is a bright banner in the collection of investors.

In this situation, Fidenza is a good option for long-term investments. The main value of the artist and his project is the generative algorithm that he created for the release of the NFT collection. And in this case, it is necessary to follow the artist and his activities, plans and projects.

How much does Fidenza cost?

Most Expensive Sales of Fidenza

The most expensive sales are led by the following NFTs from the Fidenza NFT collection:

Where to buy Fidenza?

Fidenza is currently only available on the OpenSea aftermarket.

How to buy Fidenza?

Should you invest in Fidenza?

Is it worth investing in generative art? Costs.

Should you invest in Fidenza? Costs.

How correct is it to talk about the prospects of digital art in a world where it is more relevant than ever? We think it would be redundant. Algorithms are improving every day, new faces and names appear in the industry. But the name of Tyler Hobbs and his famous NFT collection will forever go down in history as one of the pioneers, one of those who began to revive generative creativity and gave it a “second life”.

The Fidenza project is not just an expensive and promising product of the artist. It carries the history as one of the first and important for the industry. The fact that the author himself worked on algorithms, improved them and achieved such success will cause admiration and respect from community members and collectors.

Looking at the current trends in the field of NFT (namely, the popularization of works with generation and the dense work of artists with AI), digital creativity will rise in price, develop, and the first collections (just released at the dawn of NFT development) will cost a lot of money in the future. Therefore, investing in Fidenza is a win-win option. 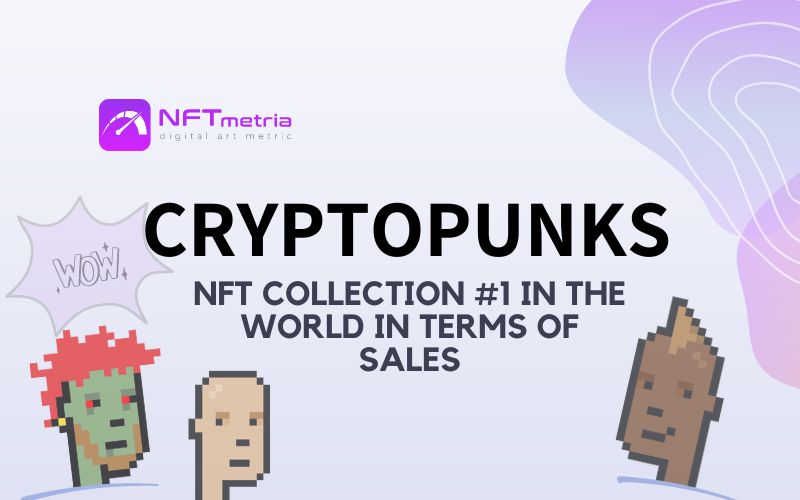 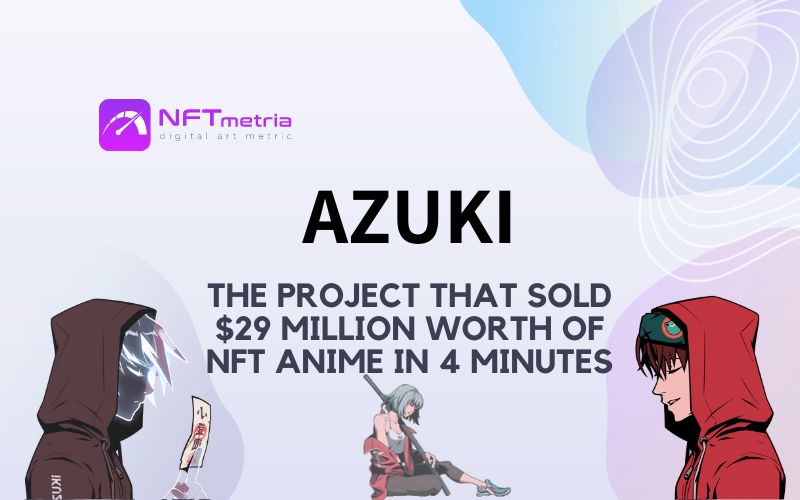 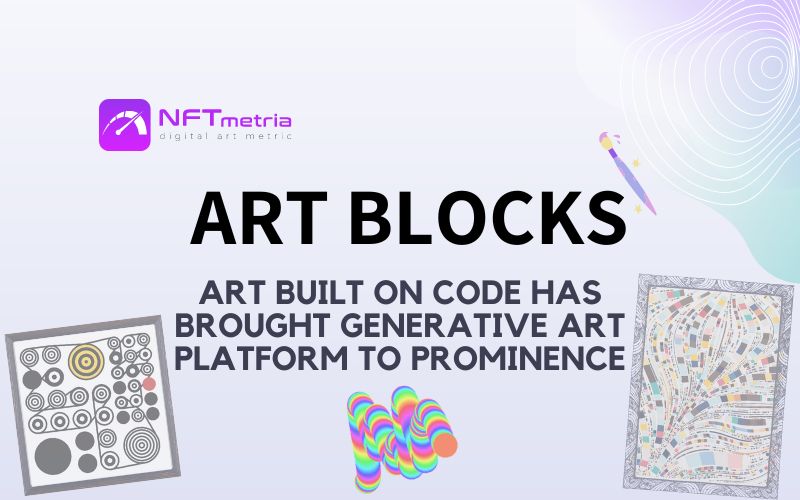