Who is Steve Aoki? Best DJ, NFT collector, creator of the Metaverse 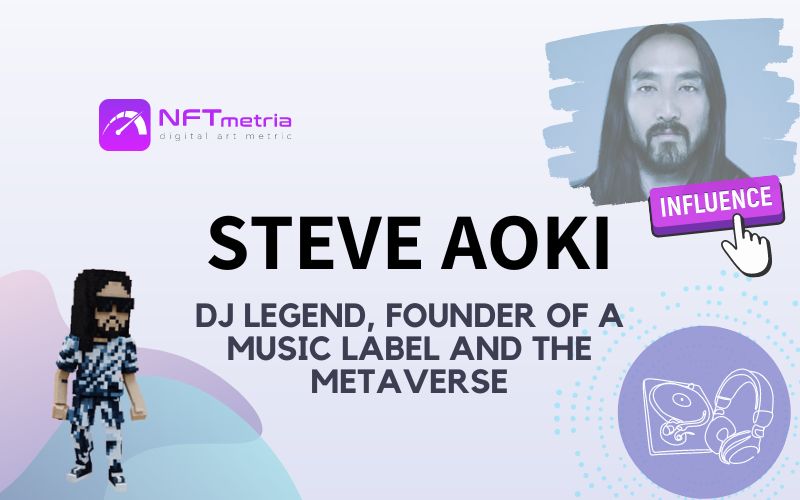 Almost everyone has heard about the NFT market by now. Someone considers it a soap bubble, someone a global scam. But in reality, we see every day more and more public people who invest millions of dollars in this industry. And among all, only a few people stand out who are definitely not chasing hype, but see digital art as a global future and a market for investment. One of them is Steve Aoki, whom you have heard about from the world of electronic music.

And in 2021, the world learned about it from the point of view of the NFT. Now he is an active supporter, investor and industry influencer.

Who is Steve Aoki?

Steve Aoki is a legendary American DJ, music producer, voice actor, fashion designer and writer. In 2018, he took 11th place in the world ranking of DJs according to DJ Magazine. He owns almost 3 billion music streams, released 6 albums, 106 singles and many collaborations with world stars. He has collaborated with Lil Uzi Vert, Maluma, BTS, Linkin Park, Louis Tomlinson and many more. Nominated for two Grammy Awards with Netflix documentary I’ll Sleep When I Die (2016) and memoir BLUE: The Color of Noise (2019).

Steve Aoki was born in Florida but grew up in California. Japanese by nationality. At the age of 19, in 1996 in Los Angeles, he founded Dim Mak, a recording studio, in his college dorm room. Since then, the company has grown to a large scale. Today it is a record label, as well as an event management agency and a lifestyle brand. The label has grown such global bands as The Chainsmokers, Bloc Party, The Bloody Beetroots and The Kills, ZEDD, Diplo. And it’s all thanks to Steve Aoki.

However, he is not only the founder of the label. The whole world of electronic music knows him as an independent artist. Since 2010, he has conquered all sorts of peaks of the musical Olympus and public recognition. Here are some facts:

The path to the NFT

After years in the business, the DJ spied on the multi-billion-dollar non-fungible token market and reacted like the real collegiate entrepreneur he is: he joined in and joined forces.

Music has always been what my life is rooted in, but I have been an avid collector of collectibles and art forms for as long as I can remember. NFTs have given me the opportunity to finally combine art, collectible culture and music in a way that I have never been able to achieve before. I had no idea what to expect when we started this project, so the feedback and response from the NFT community has been overwhelming, to say the least.

The influencer not only actively creates his own collections, but also invests in various well-known collections, although not as actively as his colleagues such as Pranksy, Gary Vee and Snoop Dogg.

To date, his collection has more than 3 thousand works, and it includes such famous tokens as:

The famous DJ did not stop at one major project, but embraces the crypto market of digital art from all sides. The NFTMetriya team has prepared a detailed overview of all major influencer projects in chronological order. Note that all projects are related to the artist’s musical profile. That is, for each visual element, it releases a music track. This is the nature of his genre.

And the main work among the entire collection is “hairy”, this is a double video clip about a werewolf. At the same time, Anthony Tudisco painted the character with his trademark bright psychedelic color scheme, complemented by purple and yellow hues. The Hairy token was sold a year ago for $888,888.88. And in total this collection brought the DJ $4.25 million. Which is a good result for the initial entry into the market.

Millions seem to be the norm as the Dominion X animated series is now available as an exclusive token up to 1000 ETH.

Released in March 2021, the series currently includes 16 animated non-fungible tokens. Each of which is presented in various quantities – from 1 to 371 pieces.

Jenny Dow paid Steve Aoki and 3LAU $1 million to create the NFT track. This is the first time that Jenny Token (uJENNY) is involved in coinage. The release of the token was announce on May 16, 2021. The work itself is track 1/1, “Jenny”, and is accompanied by visual art by Peter Hergert. Minted on OpenSea, it was then transferred through the Unicly Protocol smart contract repository.

In collaboration with Impact Theory Studios, the new art and music collection is inspired by the 2018 Neon Future sci-fi comic book series co-produced by Aoki, writer Jim Krueger and Impact Theory CEO Tom Billeu. The DJ released five new tracks alongside the collection, with the expectation that non-fungible tokens will define the future of music through collectible values ​​and experiences stored in digital wallets.

The Neon Future collection embodies my passion for the series and irreverently addresses the themes of the future of technology that we explore in the world of Neon Future stories. The fusion of comics and music provides a powerful collectible art experience that is more than just a snapshot. Steve Aoki said in a statement

To date, several series have been released within this collection:

Since we are not worried about making money, we will be fearless in our experiments with what we do,” he said. “We’re going to be the kind of guys who are going to try some hopefully experimental, crazy things…and a couple of them – fingers crossed – will work. We’re going to invite people with the best ideas.

The influencer said they chose Solana over competing platforms (such as the leading Ethereum) due to aspects such as lower fees and much lower power consumption due to the proof-of-stake consensus model. With low transaction fees, the artists on the platform won’t feel like they have to sell at high prices, according to the DJ.

It is too early to talk about the results of almost a year of work – only 3 collections that are directly related to the creators of the platform have been released and sold on it.

In February 2022, the influencer introduced the A0K1VERSE metaverse to the community. This is a new platform that connects the real world with web2 and web3 through non-fungible token collector rewards.

The musician’s new blockchain-backed initiative provides fans with a host of both physical and digital rewards:

Since I started my first Dim Mak company in 1996, I have cared for the community concept, matured and embraced it. Now that we’re looking to the future of what our community wants, I believe the utility should be diverse, engaging, and evolve with the culture. This is where IRL meets the meta – not just in my world, but in many of the worlds I’m a part of. Participants will have access not only to my own projects, but also to many NFT projects of friends and family, as well as real-life experiences. Said Steve Aoki in his statement

The platform itself is built on the Ethereum blockchain. The basis of the metaverse is A0K1 credits and a passport. The first are ERC-1155 with a total volume of 25,000, which were first distributed to current Aoki token holders and then went on sale. Meanwhile, Passport is a “revolutionary NFT that evolves dynamically over time” and can be obtained by redeeming a certain amount of A0K1 credits.

NFT Avatars at The Sandbox

In July 2022, a collection of 3333 animated NFT avatars by Steve Aoki himself was released in The Sandbox metaverse. Each avatar is a playable avatar in The Sandbox, unlocking unique features and allowing owners to earn SAND as they play. There are three levels of rarity. The rarest is “Gold”, which accounts for only 2% of the collection. And the most common version is the “human” version, which occupies 35%. It is noteworthy that with a starting price of about $ 130, almost immediately all the avatars were sold out.

It is made up of artwork designed by Greg himself and includes some of the characters from the highly acclaimed Neon Future comic book published by Tom Bilieu’s Impact Theory.

Generally, this collection is especially important for the musician – this is his first work released on his own OddKey marketplace.

I believe that the world is moving towards this by any means. NFT is a relentless force that cannot be stopped. It will soon normalize and become the structural pillar of our culture. If you are reading this now, then you are still early. Time to build, innovate and destroy the whole space. 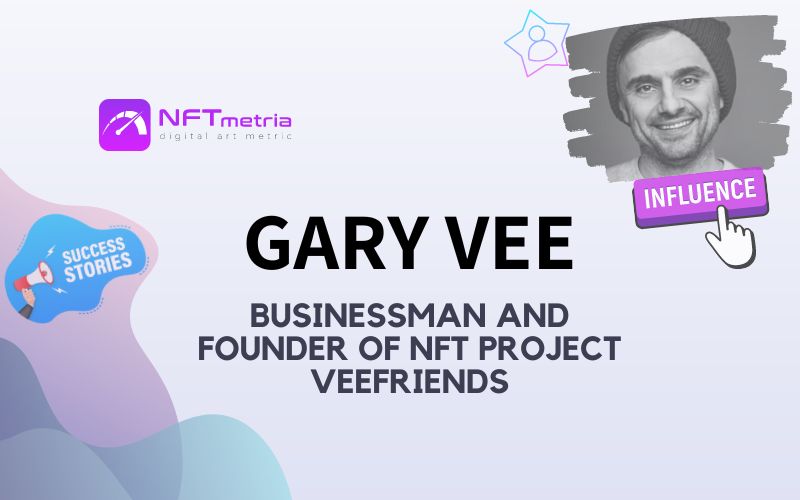 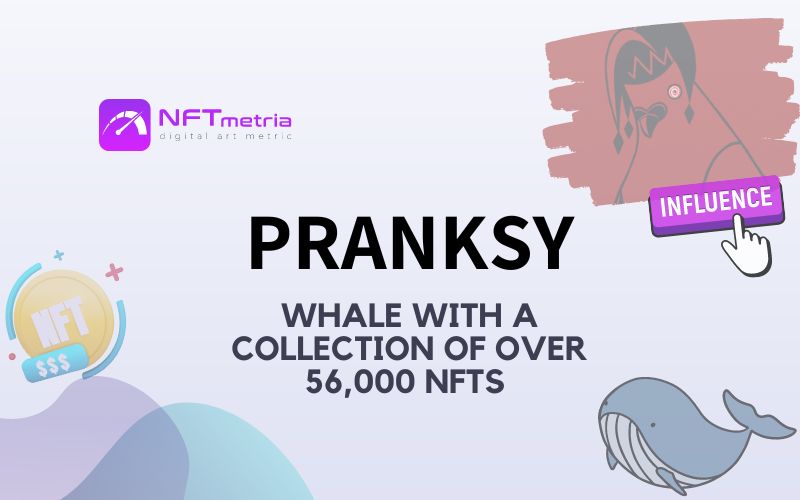 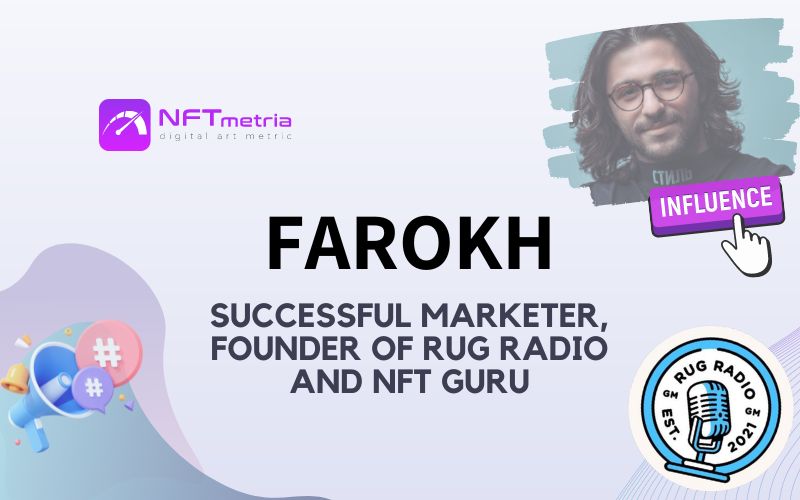 Who is Farokh? Social media guru, NFT influencer and collector