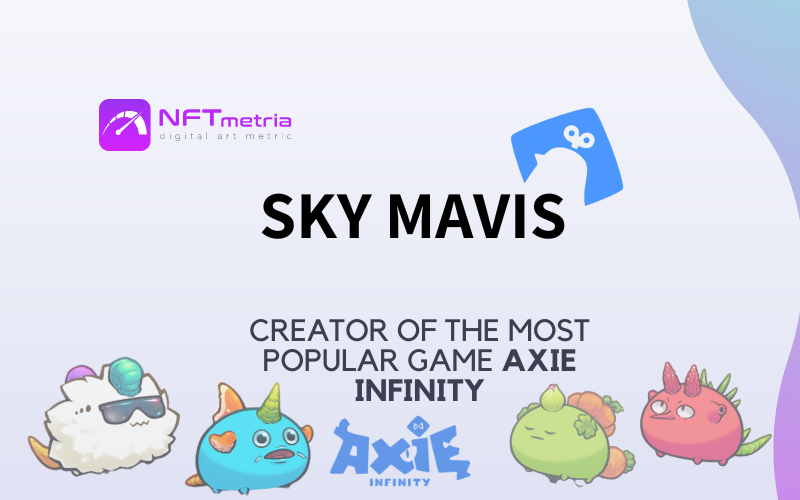 The world of blockchain games today is very diverse. You can find for every taste: action, RPG, strategy, simulation, quests, etc. But in all this assortment there are hits that many have played, but almost everyone has heard at all.

One of them is Axie Infinity, which made an explosion in the gaming industry. The creator of this hit is the game studio Sky Mavis. Today we will talk about its ups and downs, projects and history of creation.

What is Sky Mavis?

Sky Mavis is a Vietnamese game studio, the best startup in the history of Vietnam’s IT industry. Why did she become so famous? Even if you are far from the NFT world, then most likely you have heard about the game where the player fights with funny Axies and earns at the same time. It is this  Axie Infinity created Sky Mavis in 2018. By opening the world of Play-to-Earn games (P2E) and making it is the most popular blockchain game in history.

At the head of Sky Mavis stands Trung Thang Nguyen. The future CEO had time to work at Anduin Transactions as a software engineer. It was during this period that he had the idea to create the Axie Infinity. Additionally Nguyen was assisted in the creation of the project by Alexander Larsen, who had experience in working with blockchain-based games.

Partners are top companies from various fields – Ubisoft, Binance, Samsung and others.

The main and key project of Sky Mavis is a Axie Infinity. And the entire ecosystem of Sky Mavis projects is built around the super-popular game.

Axie Infinity is the most popular blockchain game in the world. The uniqueness of the project lies in the fact that it resembles a kind of investment: at the initial stage, the player needs to buy Axie characters, and the further income of the gamer will depend on his skills and efforts. Filipinos especially play this project a lot. Many of them don’t even work to play for money.

In the process of creating project, a team of 25 programmers took the Tamagotchi and Pokemon GO projects as a basis. The project was launche in 2018, but the popularity came during a period of general global lockdown in 2020. In November 2019, the project attracted $1.5 million in seed investment from Pangea companies blockchain Fund, Hashed, ConsenSys and Animoca Brands. Tokensale launched on Binance Launchpad in October 2020, which brought the project $2.97 million. At that time, the price of the AXS currency was $0.1.

As part of the Series A funding round, which took place in May 2021, the project raised $7.5 million. Libertus acted as investors Capital, Collaborative Fund, billionaire Mark Cuban and Reddit co-founder Alexis Ohanian. At the end of 2021, the company’s valuation exceeded $3 billion.

But to date, the politics of several games and the position of Sky Mavis have changed, but first things first.

How the game Axie Infinity is built?

The gameplay takes place in a virtual environment inhabited by Axie creatures. The platform allows you to cross them, creating new characters. Players earn by winning battles and selling virtual creatures.

In the metaverse, players can buy territories – lands. Players use the plots to extract resources, and can also sell or rent. The team built the project on Ethereum, but later transferre it to the Ronin sidechain.

Axie, virtual territories and objects exist outside of the space. All objects are presente as NFTs based on Ronin. They are traded on the Axie Infinity Marketplace. Players use a cross-chain bridge to move assets between Ronin and Ethereum.

The platform allows AXS to be staked. The exchange of ERC-20 tokens in the Ronin network is carried out using DEX Katana. The exchange allows you to interact with AXS, SLP, USDC and WETH, as well as invest in liquidity pools.

Sky Mavis in-game trading collaborated with the project itself to develop the official marketplace. According to the NFTMetria team, it is in the TOP of the best NFT marketplaces.

On the marketplace, players sell only characters, attributes for heroes and land. At the time of publication of the article, over the past 30 days, more than 2 million transactions have been carried out on the site, which have been made by more than 90 thousand unique users in the amount of more than $ 1.2 million. You can read a detailed review of the marketplace in our article.

Crypto wallet Ronin as well as a marketplace is designed to create a complete ecosystem around the game.

The first version of mobile storage was released on November 8, 2021. The news about this event was published on the website Sky Mavis. However, the idea of creating was born in the early summer of 2021. In July, the final design of the crypto wallet appeared in the GitHub online repository.

Here are some storage characteristics:

Fall 2021 Sky Mavis has launched Katana, a new decentralized exchange on top of Ronin. Ronin is an Ethereum sidechain designed to meet the needs of users who complained about the high fees they had to pay for Ethereum layer 1 (L1) transactions. Thanks Katana Sky Mavis simplifies management and presents an alternative way to generate income for users.

Like most decentralized exchanges, Katana will have liquidity pools to serve other users, facilitating the exchange of their tokens on top of the same Ronin sidechain. One of the exchange’s most exciting offerings is the introduction of USDC as a supported token, making it easier for Axie players to store their earnings in stablecoins to avoid volatility. The exchange allows you to exchange AXS, SLP, USDC and WETH tokens.

AXS acts as a governance token in the gaming universe. It was generated on the Ethereum network, the ERC-20 standard. The maximum offer volume is 270,000,000 AXS. According to the NFTMetria team, the coin is in the TOP of the best NFT cryptocurrencies for investment.

On March 23, 2022, the world’s most popular crypto game suffered one of the biggest heists of all time. The hacker hacked the sidechain Ronin, driving Axie Infinity, and stole $620 million (about 173,600 Ethereum and $25.5 million) from user accounts. The incident remained unsolved for almost a week and revealed security vulnerabilities in project, and also jeopardized the reputation of developer Sky Mavis. After that, the developers guaranteed compensation for all losses to their users.

In April 2022, the US Treasury Department blamed the attack on a North Korean hacker group Lazarus. Group. They referring to the fact that these hackers always attack the cryptocurrency sector.

The developers of Axie have rethought the game and released a new version in April 2022 called Axie Infinity: Origin. It was supposed to be released earlier, but a cyber attack and the theft of a cryptocurrency made adjustments to the company’s plans. The project is still in beta and is being tested by developers.

What used to be a simple and repetitive combat system has been redesigned and expanded to provide more room for complex strategy and theory. Players who were previously excluded from the game due to entry costs can now play the game for free with the starting Axes team.

Despite the meteoric rise and fall of Axie Infinity, Sky Mavis didn’t give up. During his time in the spotlight, Axie has built a strong community of players who remain loyal to the game. Sky Mavis is determined to bring the game back to its former glory by improving the gameplay and in-game economy to make the project fun and rewarding for all players. 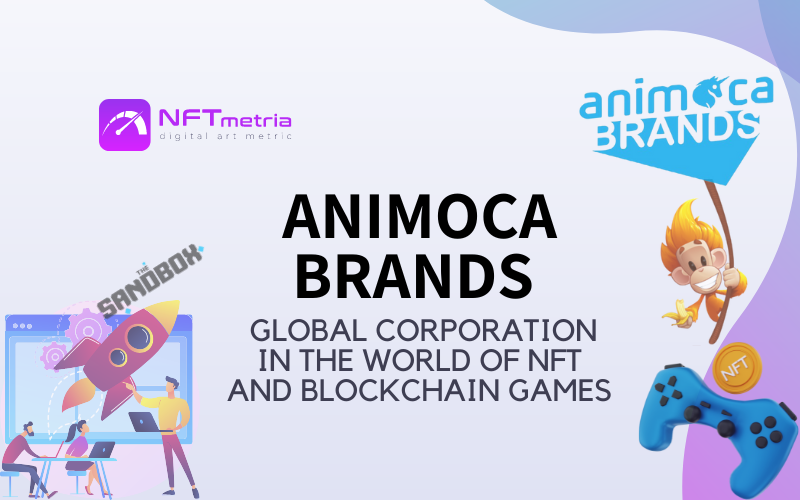 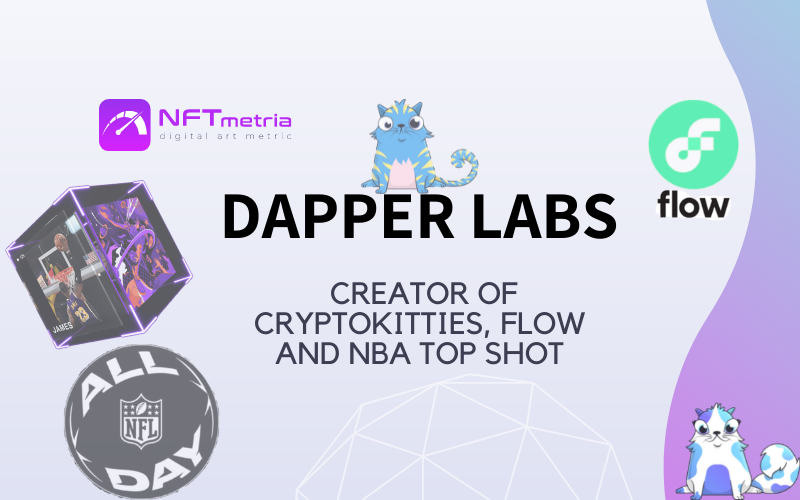