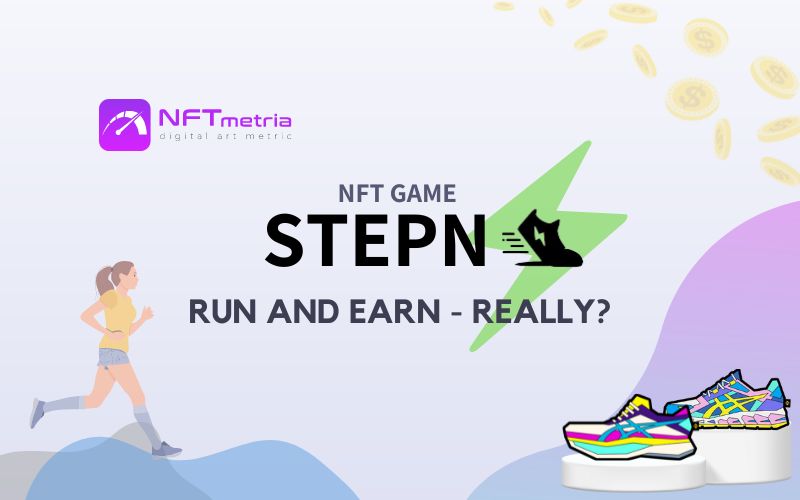 Since its launch in December 2021, the STEPN app has quickly become the premier NFT play-to-earn game, or, as the app’s website says, a game with Social-Fi and Game-Fi elements. Although, in fact, this game has become the standard-bearer of the move-to-earn concept, which in just six months has captured the minds of everyone who wants to earn money during any ordinary activities in life. Why was STEPN so popular and why were the developers unable to maintain such success? In this article, we will analyze in detail these issues and the project as a whole.

STEPN is a Web3 fitness app with Social-Fi and Game-Fi elements based on the Solana blockchain (now also launched on Binance Smart Chain). The essence of the game is that players earn GST / GMT tokens for physical activity in the form of walking or running. The received coins can be used either to increase earnings in the application, or withdraw and sell at your discretion.

The application was developed in August 2021 at the Australian fintech company Find Satoshi Lab by two experts in the cryptocurrency and gaming industries Jerry Huang and Yawn Rong.

In October 2021, STEPN became the first mobile game to win a Solana hackathon prize in Australia. When the game officially launched two months later, the two entrepreneurs already had interested users who were spreading the word about STEPN all over the Internet. So, the application launched without any advertising company. This word of mouth was more than enough—within a few weeks, the app grew so fast that the team needed to limit the number of daily signups. From that moment, invite codes appeared.

In January 2022, the project raised its first investment — $5 million from venture capital funds, including Sequoia Capital, Folius Ventures, and Solana Capital. And in early April, the Binance Lab startup accelerator announced investments in the project. In addition, STEPN has a contract with sports shoes and clothing manufacturer Asics.

Inspired by the Australian fire in 2021, we wanted to create a carbon neutralization project. The idea started to take shape after we saw the success of Game-Fi. We improved it a little by changing the game mechanics from play2earn to move2earn, where at least 10% of the profit from the game goes to reduce carbon emissions.That’s what the STEPN founder said at the hackathon to all future users.

STEPN was already known all over the world, but when there was more advertising, there was a real explosion of popularity. Tens of thousands of new users began to appear every day, so that in the end the number of players exceeded 2 million. This is largely due to the wording of the goal of the game: lead a healthy lifestyle and earn money. Sounds good, right?

At the peak of popularity in March-April 2022, the game allowed its creators to receive a net profit of $3-5 million per day, and up to $100 million per month.

How to enter the project?

To become part of the project, you must:

The scheme, at first glance, is understandable, but in reality, everything is somewhat more complicated.

Before registration with STEPN was in such high demand, activation codes were not required. Then the developers decided to limit the number of incoming users and began to upload a thousand codes a day on the official Discord server and in the Telegram channel. However, it is quite difficult to have time to activate the code, because they are in the public domain, and there are a lot of people who want to. Another way is to use one of the codes that users themselves publish on social networks, but the principle is the same there: whoever did not have time is late.

We do not recommend buying activation codes from someone else, as a lot of scammers have appeared around the project, who receive money and disappear.Important!

Next, you need to connect a crypto wallet with the SOL cryptocurrency in your account to the application, select and buy virtual NFT sneakers.

In total, there are 4 types of sneakers in the game:

Trainer sneakers, profitability depends on the speed of movement (the faster we run, the higher the profitability). Also, if you took Jogget and your speed is below 4 km/h, then GST tokens will not be credited.Separately, we would like to note

In this list, shoes are arranged in ascending order of price. At the same time, the more expensive virtual NFT sneakers are, the more they allow you to earn.

In addition to the type, there is also a rarity category for sneakers:

The rarity of shoes affects attribute points. When creating new NFT sneakers, points are distributed randomly, depending on the rarity.

Each shoe has four attributes:

What is the essence of the game?

After buying NFT sneakers, you can go to the gym. After pressing the Start button inside the app, the GPS starts tracking the user’s speed and the GST balance starts to grow.

It is important to take a walk or jog every day, otherwise it will negatively affect earnings.

However, running around the clock to get GST will not work either: tokens are credited only as long as the user has energy points. If he still has less than three pairs of sneakers, he receives two units of energy per day, that is, he can only earn in the first 10 minutes of training. Then the NFT sneakers should recover: you either have to wait a day or pay GST. Three pairs give four units of energy (20 minutes), 30 pairs – 20 units (100 minutes).

So, the amount of money earned is influenced by the level of NFT sneakers, their characteristics, rarity, how much energy the user has and how regularly he trains. There is a special calculator on the application website: it is convenient to calculate potential earnings with its help.

There are 3 game modes to choose from:

While walking/running we earn GST, and later GMT. They will be paid depending on the following factors:

If you run out of energy, then the earnings automatically stop, you can stop and exit the solo mode (to do this, press the “Stop” button). Then we wait for the energy to accumulate and you can start walking / running again.Our advice

The standard income of a GST token depends on the following factors:

During the game, you have to deal with three currencies:

The currency is needed to buy and sell NFT sneakers, it is not associated with the creators of the application. It is the currency of Solana’s underlying blockchain.

STEPN token with unlimited emission. Users receive GST for walking and running in the early stages, and it is also burned to create, improve and upgrade NFT sneakers.

This is the main token of the project – only 6 billion of them have been issued, and their number will not increase. Most of the tokens are currently locked. GMT can be earned with high end NFT sneakers.

Here are a couple of examples of how coins can be used in the project ecosystem through burning them:

Where does the money come from in the game and what are the risks?

The fact that STEPN has signs of a financial pyramid has been discussed for a long time – even the developers themselves have devoted a separate post to this. They claim to have created “strong tokenomics” and have enough leverage to ensure the project’s steady growth. In their opinion, STEPN is able to work on a fair principle for all players – both old and new.

However, we, the NFTMetria team, believe that STEPN does not have a real economy, since the ecosystem is filled exclusively with the money of beginners, there are no other injections into the project. In addition, the long-term viability of the game raises questions: whether it will be able to stay afloat in the face of growing competition and continue to develop is a matter of time and the skill of the developers.

The story of the collapse of the GST token exchange rate became indicative: now its cost is $0.04, and in early May it reached $6.7. The team is working on finding solutions, but it’s too early to talk about forecasts. And why – read on.

What happened to STEPN?

The sharp decline began with the news about the ban on this game in China, which imposes restrictions on all cryptocurrency projects in the country. Therefore, the STEPN team announced that it will stop providing services to the Chinese on June 15th. And this is both a huge loss of solvent players and finances. It was for this news that many players went to massively sell their NFT sneakers in order to somehow save their money. And new players were not added, due to which all monetization in such projects is built. Due to this, the price of the GST token collapsed.

Thus, the price of NFT sneakers fell at that moment by 15 times. Some of the people who entered the project at the start managed to recoup and earn up to 10 X`s by that time. But most of the players on this exchange rate difference lost their money. At the time of writing, the price of the GST token has dropped to $0.04 from its peak at the end of April at $7.77, that is, almost 200 times.

A walk that would have made you $37 in April now only brings you $0.19.By comparison

STEPN has become a guide to the world of NFT games and cryptocurrencies for those who have never been involved in this before. This is a huge achievement for the project and a significant contribution to the development of Web3.

After launching in early 2022, the popularity of this project has grown by more than 20,000%. It posted strong gains in March and April, but crashed to insane levels in May.

Entering the project now is a bad idea, since under the current conditions, new users will most likely never be able to recoup the investment. The game has already ceased to be a trend, and getting into a trend in the cryptocurrency market is a key component of successful earnings.

But do not forget about the largest investors in this project – Alameda Research, Binance, Solana Ventures, Sequoia. And such major players can give an additional impetus to the development of the project. Therefore, we are waiting for news from the project team and hope for the revival of the hit this spring. 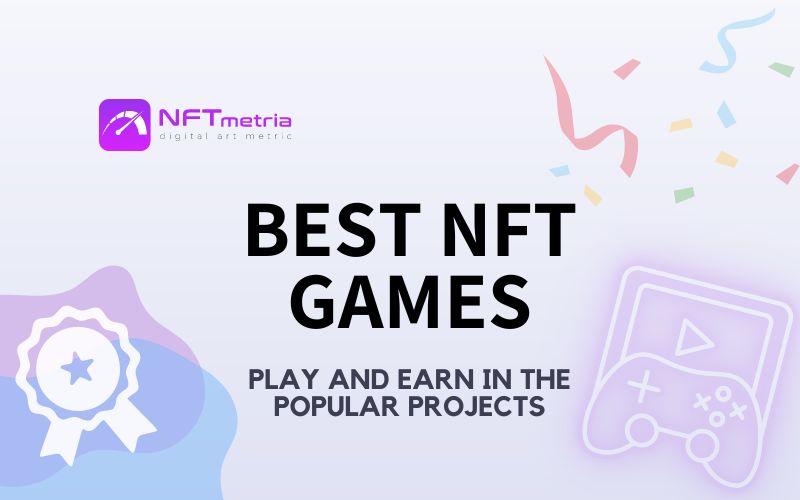 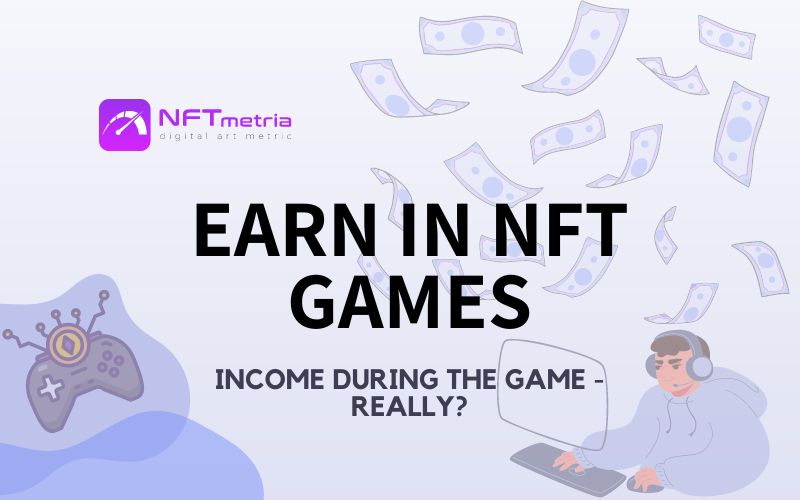