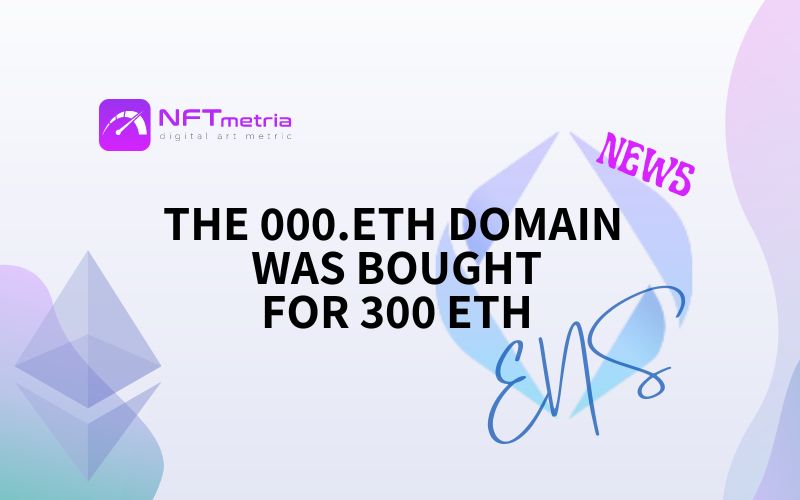 According to the network, the 000.eth domain was sold by an OpenSea user named EtheOS. They received the ENS name in June 2020 from a different address they may or may not own. Owner first listed the ENS name in September 2021 for 100 ETH (about $300,000 at the time). And then re-listed it in January of this year for 500 ETH (about $1.6 million at the time). They then put it up for sale again in March, where the offer sat for three months before it was claimed.

The user who sold the ENS name also owns several other NFTs, including another ENS name kimjonghyung.eth .

ENS domains – what is it?

These are human-readable addresses designed to replace blockchain addresses when sending blockchain transactions. Instead of a cryptocurrency user having to copy and paste their blockchain address, they can use such names to choose where to send money. ENS names are also non-fungible tokens (NFTs) and can be traded on NFT marketplaces such as OpenSea .

So far, apart from the domain, the biggest sale of the ENS name has been the sale of paradigm.eth. It was purchased in October 2021 for 420 ETH (about $1.5 million at the time). Despite the name, cryptocurrency investment firm Paradigm has reportedly denied that the purchase was made. In addition, there were several other indications that it could have been a prank, albeit a rather expensive one.